ZIKA Virus in Malaysia:- Malaysia has confirmed the first case of Zika Virus in the Country. The dreaded virus was confirmed to have infected a pregnant woman who has a link to Singapore where the disease has in circulation.

The Malaysia authorities confirmed the first case of the deadly mosquito-borne Viral disease in the country. Zika virus is linked to severe brain defects has continued to spread across Southeast Asia at an alarming rate. 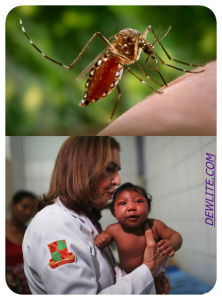 Confirming the presence Zika Virus in Malaysia on Wednesday, Malaysia’s health minister, Subramaniam Sathasivam, revealed that a 27-year-old woman, had tested positive for the virus.

“The woman is expecting her first child and is three to four months pregnant,” Malaysia’s health minister said, in a statement on the ministry’s Facebook page.

According to the minister, it remains unclear if she had contacted the disease in Malaysia or from her husband, who works in Singapore, and also shows the symptoms.

Singapore is at the centre of the largest single outbreak of the disease in Asia, with the number of cases in the city-state rising to 275 this week, according to an update on Tuesday.

Malaysia confirmed two cases last week, of which one was locally transmitted. This current case is the First case of Zika virus in pregnancy in Malaysia.

Singapore’s warm and humid conditions, coupled with high population density, favour the spread of Zika Virus in the country.

The Zika virus is transmitted by the Aedes mosquito pictured above. This is the same species of Mosquito that also carries and transmits dengue.

In February 2016, the World Health Organisation declared Zika Virus a public health emergency following a surge in the number of babies born with microcephaly across Latin America.

Zika Virus has joined in the recent viral disease outbreaks that has threatened the world on a large scale. It is not long that The world finished fighting the deadly Ebola Virus and many parts of the world including Nigeria is fighting Lassa fever.

With the first case of Pregnancy affectation by Zika Virus in Malaysia, the world should work hard to curb the spread of the virus as no part of the world can clain to safe in a world that has grown from being a village to a home.

Zika Virus in Malaysia: The world needs to do more. There is need for an intensified effort on development of vaccine against the virus to forestall further damage by the virus.