Every woman is not the same. Just as in the menstrual cycles, every woman differ in their pregnancy signs and symptoms. This means that the best way to confirm if you are pregnant is to do a Pregnancy test. You can do the home urine pregnancy test or have a blood pregnancy test done by your doctor. We will however, discuss some of common pregnancy symptoms that most women have. 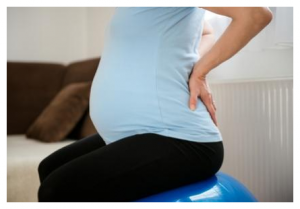 Pregnancy Symptoms: Early signs That You Might Be Pregnant

Another important early pregnancy symptom is slight spotting. It is also called implantation bleeding. It is caused implantation of the embryo (baby)  to your womb.  The bleeding might be mistaken for menses but it is lighter than your menses and it comes earlier than your menses. It can occur as early as in the five days after conception. Usually between five to twelve days post conception.

In this period some women feel abdominal cramps.  this is similar to menstrual cramps but it is less severe. It might be accompanied by whitish milky discharge from the vagina. This is normal in pregnancy but if the colour and odour  changes, you will need to see your doctor.

While bleeding is an important early pregnancy symptom, it is important to know that it can come also for a different reason. There are other cause of bleeding in early pregnancy, so if it becomes serious, contact your doctor for help.

When you conceive or become pregnant, a lot of changes occur in you body. These processes are the things that make you start feeling unduly tired and weak. You will general notice a drop in your energy levels. You may start having need to have naps instead of your normal active self.  Sleeping excessively in early pregnancy is completely normal and due to increased progesterone and other metabolic changes.

The very first sign of pregnancy in most women is the general feeling of being sick. Usually u feel you are sick but no particular type of sickness to hold on to. This general feeling of unwell may occur as early as in second week after conception. It is due to increased level of Progesterone, which is the hormone that maintains pregnancy in the first few weeks.

One of the commonest early pregnancy symptoms is breast changes. It is usually due to increased levels of the hormones Estrogen and progesterone. Within a  week or so of  conceiving,  your breasts may become swollen, sore, or tingly. They may also feel heavier or fuller and usually feel tender to the touch.

The area around the nipples [areola] will become darker and a little bigger.  You will also notice that your bra starts being uncomfortable.  These occur because the pregnancy hormones increase blood supply to the breasts. It remains a very common symptom of pregnancy.

Nausea and vomiting is common in early pregnancy. This is also called morning sickness. You start feeling queasy and  may feel like vomiting. It has been observed that up to 50% of women will throw up. As the name implies, it occurs more commonly in the morning but can also occur at any time of the day.

It is due pregnancy hormones especially progesterone. Morning sickness starts reducing around the end of first trimester.  Usually you should take enough water and chew gums. In very severe cases, you may need to see your doctor for help.

Headaches is one of the  very first  symptoms  of pregnancy. It is commoner in late first trimester or early second trimester but in some women it occurs before they miss their periods. It is due due changes in the levels of your hormones. As pregnancy progresses, the headaches eases off as well.

Most women do not really regard this as one of the symptoms of pregnancy since they feel headaches every now and then. It can be a tale tale sign of pregnancy. Just take enough fluids as it can also be due to reduced blood levels {Anemia}.

Food cravings is one of the common early pregnancy symptoms. You just seem to like a particular food more than the others. It may even be a completely strange food that has not been on your family menu. It is also common for you to dislike some foods as well even the foods you were previously addicted to.

Progesterone tends to generally change your appetite. You may also develop some metallic or sour taste as an early pregnancy sign. Sou if you have any of these, do not be scared, it might be a sign that a baby is on the way.

PLEASE NOTE: A missed period does not necessarily mean that you are pregnant as this may mean that you period is delayed. It can also mean that you have a medical condition called secondary amenorrhoea. So it is best to confirm pregnancy by doing s pregnancy test.

Other Symptoms Of Pregnancy

This particular sign of pregnancy is one of the weird or strange pregnancy symptoms. Your sense of smell becomes greatly increased. All the things around you now has an odour even things that originally had none.  Your partner may also start smelling strange to you. This pregnancy symptom can increase your chances of nausea and vomiting because the smell will make you more queasy.

Another possible early sign of pregnancy is frequent change in your moods. These are common, especially during the first trimester. These are also related to changes in levels of pregnancy hormones. It is also a common finding during your monthly periods and this explains why it can easily be ignored whiling mentioning the signs and symptoms of pregnancy.

If you suddenly notice that you are peeing or weeing more often, it might be a sign that you are pregnant. During pregnancy your body produce and retain more fluids. I am not a prophet of doom but believe me, frequent urination will continue or increase as your pregnancy progresses.

You may will notice that some of your clothes may become tighter even when the baby has not started growing. It is due to hormonal changes in early pregnancy which  leaves you feeling bloated.  It is similar to the feeling some women have just before their period. Some women might notice increased body temperature just like before their ovulation.

Did you just notice that you started glowing few weeks after you ate the baby seed? You just started glowing even more than the best models around. Well this might be a sign that you have just conceived. It may also happen that you develop more acne on your face. So just as with other pregnancy symptoms, it is different stroke for different folks.

It is also among the common signs and symptoms of pregnancy. These are due to dilating blood vessels, lower blood pressure, and lower blood sugar. You get better as pregnancy progresses.

One of the more serious pregnancy symptoms is waist pain. Some women complain of waist pain and this tends to increase as pregnancy progresses.

PLEASE NOTE: Just as we already stated above, every woman is different. You do not need to have all the pregnancy symptoms. You may have only one or two of them. It is advised that you take a pregnancy test to confirm your pregnancy. You can also do a scan. A scan is usually a better way of confirming as it can also state the age of the pregnancy. It can also tell if it the bay is one or twin pregnancy.